“I learnt about the 5 pillars and started to believe…” 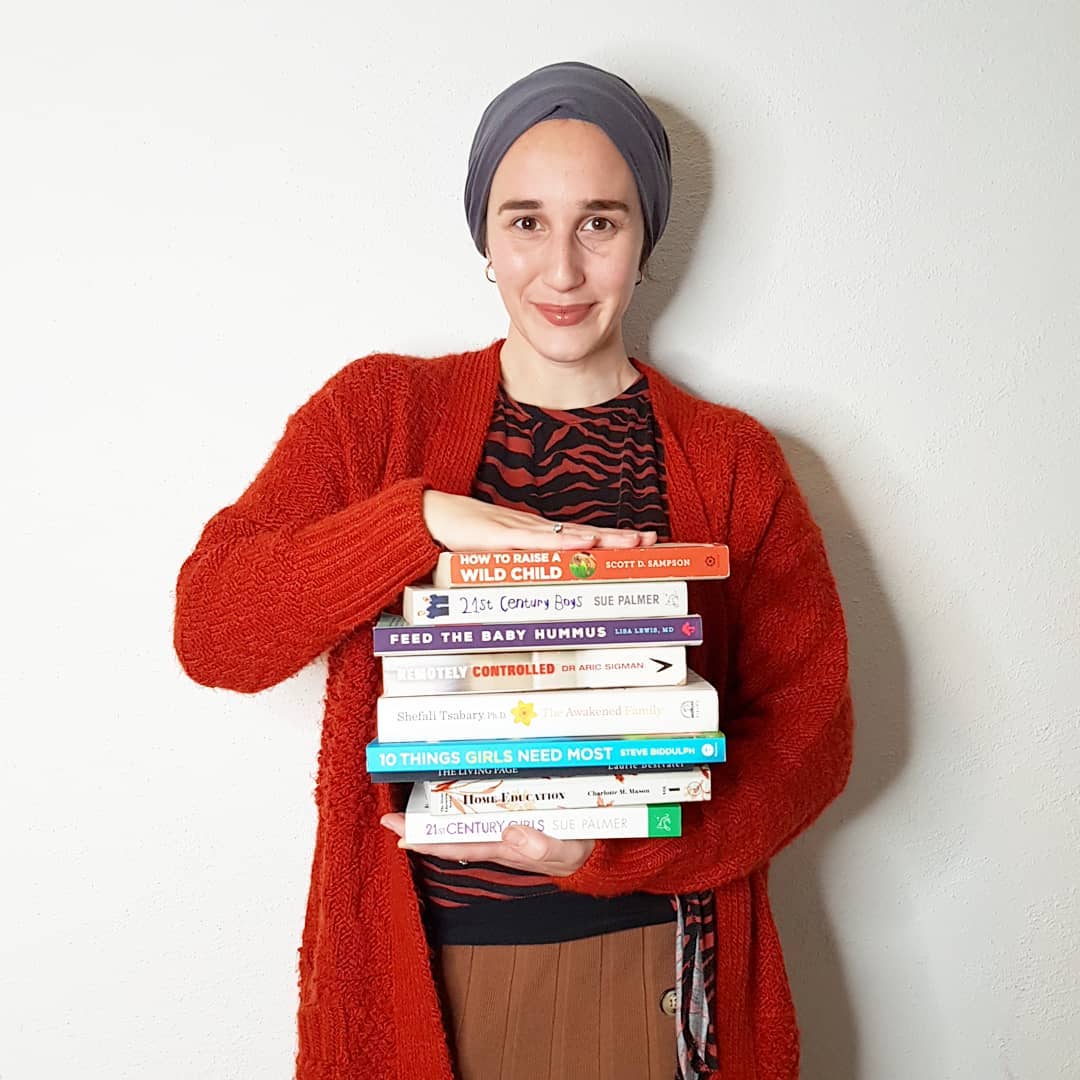 “I learnt about the 5 pillars and started to believe that it was something I could put into practise.:

“I see my hijab as a blessing” “I see my hijab as a blessing, just like good health and free time are a blessing. “

“I knew nothing, and had no guidance but God’s” 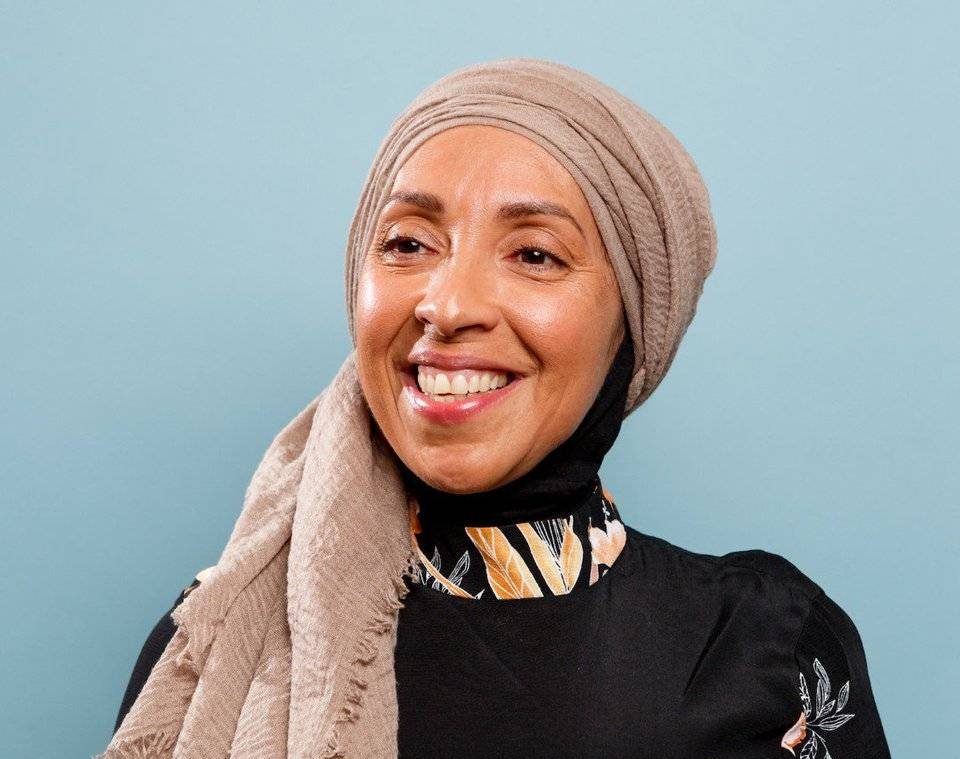 I knew nothing, and had no guidance but God’s. I didn’t need confirmation.

Zainab Ismail, a Puerto Rican-American, was born in Manhattan and raised in the Bronx.

She is also the Vice President of Nadoona Health, Fitness, Life the online, Muslim Latina, and a fitness guru 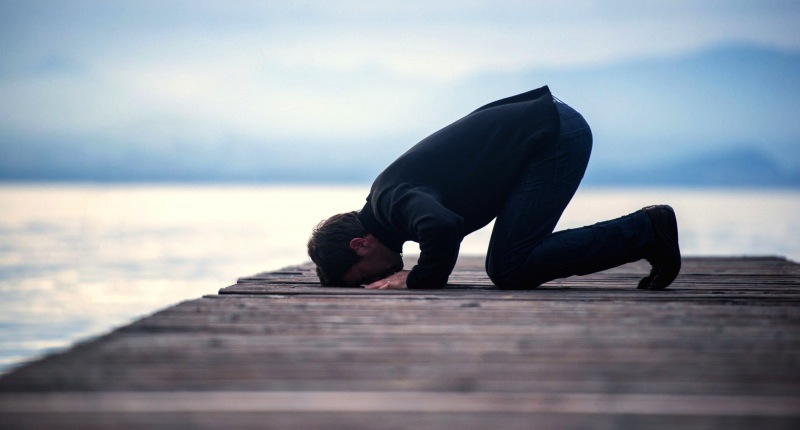 As a new Muslim, I often found it mesmerizing to watch my Muslim friends performing their prayers daily.  They seemed to have understood the flow of it that their performance of it was so well-synchronized, as if it had been choreographed by a professional choreographer.

As I declared my faith in Islam, I too understood that it would be my duty now to perform daily prayers to Allah, or as the Muslims say it – to perform solat.

Solat or صلاة   is usually referred to as prayer; although in English du’a  (دعاء ) can also mean prayer. Solat or solah carries the meanings of sending blessings, mercy, forgiveness, praise and veneration.  It usually refers to supplication and worship.

The basic idea of solah according to the Quran is that it refers to praying or blessing; it can also be translated as an act of communicating with God directly — from one servant to the One and Only God – Allah.

I know born-Muslims make it look super-easy to just pray 5 times a day.  Plus they’re able to recite the verses in Arabic. But bear in mind they have been taught about solat and the Quranic verses since they were little. It took them years to be at their level. So it is only normal for us, the new Muslims to take our time to learn and be able to be at least at their level.

Start with 1 prayer only

Pick a prayer that is rather convenient for you to start and to maintain.  My suggestion would be Isha’. In most countries, Isha (العشاء) or night prayer would start after the red shade is gone from the western sky; and preferably performed before midnight (halfway between sunset and sunrise).

Thus, this would be quite an ideal prayer-starter for the new Muslims.  You can perform it at home, alone in your room especially when you’re still at the level of keeping your new faith secret from your mom and family members.  You also wouldn’t have to explain to your boss or colleagues or lecturers or classmates. Once you’re ready, you can start performing prayer 2 times a day.

For now, maintain praying one time a day for 3-6 months.  NEVER MISS IT during this period (unless of course if you’re a woman having your menses).  Once you’ve completed the duration of not missing the Isha prayer for the whole 6 months, go for Maghrib (sunset) prayers.  Maintain the discipline of not missing to perform 2-times-a- day prayer for another 6 months, and keep upgrading yourself at your own pace.

Recitation in Arabic is hard

That’s okay.  Learning a foreign language IS hard.  But remember, where there’s a will, there’s a way.  You don’t necessarily have to master Arabic language in order to recite some verses during solat.  The fact is, most Muslims in the world are not Arabs, they learn the language and know how to read, write, recite – but not necessarily mastering it.  Arabic is a beautiful language. It is also a complex language. Do not have too much expectations on yourself that you end up frustrated and totally abandoning the whole act of prayer just because you can’t master the Arabic language.

You can also enroll yourself in online tajweed (rules in pronouncing and reading/reciting the Quran) classes.  I shall be sharing with you a list of the online classes in the coming articles.

Write the wording on a big card

Yes!  Just like the signage people would be holding when they’re picking someone up from the airport, write out the words for prayer on a big card, place them in front of you and read them while praying!

If you happened to live near a mosque or Muslim community, do not feel embarrassed to ask them that you need to follow their lead in prayer.  One thing you should know about praying in jamaah (congregation) is that the reward is 27 times more than praying alone (find hadith).

No muslim community around you? No problem!

Okay, so you’re pretty much the only Muslim in your area and it’s rather impossible to commute daily to other areas to learn how to perform solat.  It’s okay.  If you can read this,  it means you have good internet access.  Search for YouTube videos on how to perform solat.  I wouldn’t want you to suffer the experience of having to learn from the misguided people from YouTube, so here’s a few channels you could follow.  If you’re only able to get internet at certain times, download these videos offline so that you’d be able to watch them when you do not have internet.  I’ll be sharing with you a list of the suggested channels in the coming article.

There’s a few tips for you to start performing solat.  Solat is a very beautiful way of expressing your love and faith to our One and Only Creator.  Remember, during the final sujood (prostration), ask for as many things as possible.  You have doubts? Express it during the final sujood of every prayer.  You have requests?  Yep, ask from Allah during that sujood too.  Anything.  Anything. Allah loves to hear from you.

(O Muhammad), when My servants ask you about Me, tell them I am near; I hear and answer the call of the caller whenever he calls Me. Let them listen to My call and believe in Me; perhaps they will be guided aright. (Al-Baqarah 2:186)

All the best with your solat!

Disclaimer:  the author is not a revert.  This article is based on experience of other reverts and has been recreated with the intention to assist fellow new Muslims in practising Islam.  Wallahu ‘alam (Allah knows best)
—————-

“I realized that Islam includes all human beings” 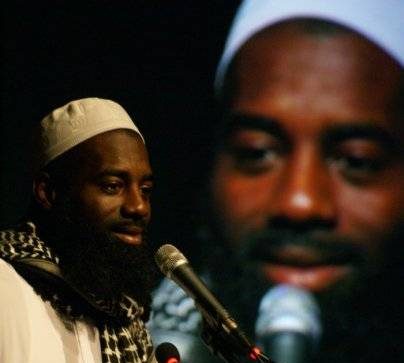 “Consequently, I began to ask about the reality of this religion, and whether it was only exclusive for Arabs, and I realized that Islam includes all human beings without any consideration of their nationalities. Then, I announced my conversion to Islam after a profound thinking, and I prayed for the first time after my return to my home in Harlem, New York. “

“I used to listen to the Azan, it sounded good” 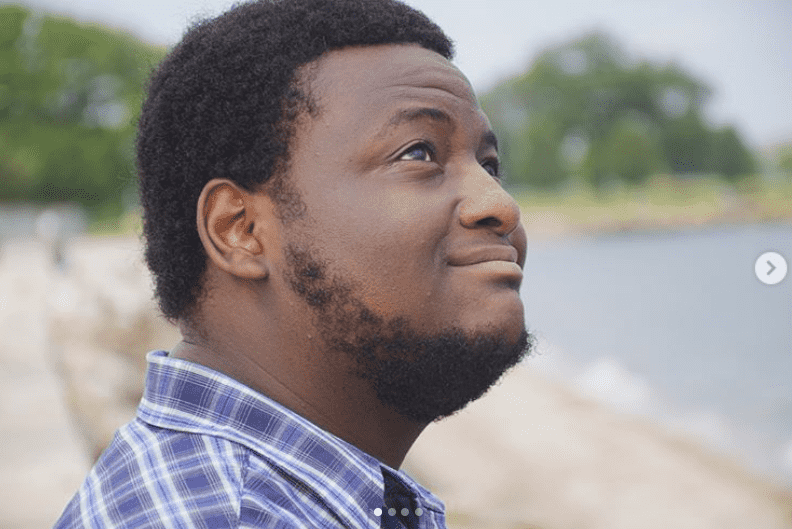 “I used to hear the Azan (call to prayer). Not quite sure what it was back then…but it sounded nice, it sounded good. And it interested me more in Islam. It made me more curious. It was like a driving question” Elliot Dhaka, American-Zambian.

All scripture study leads to Islam 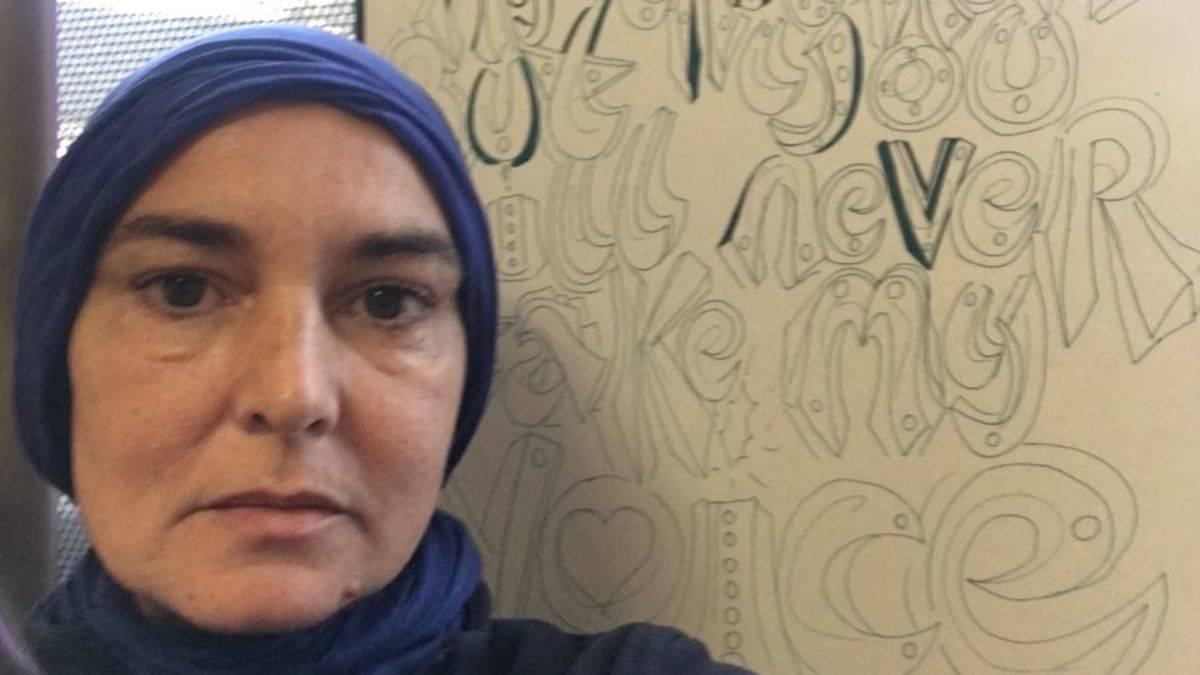 I became a Muslim because I wanted to marry her 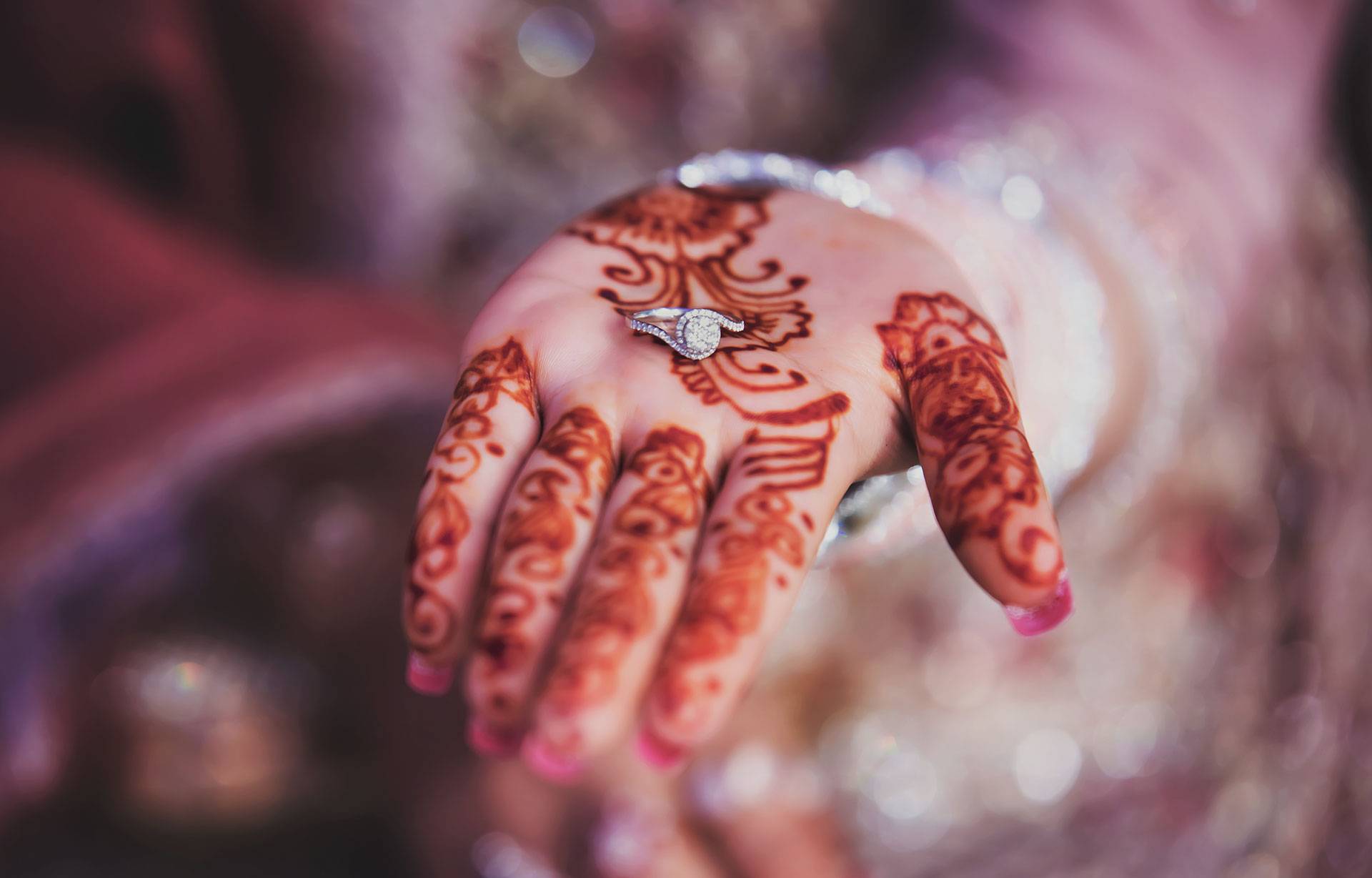 Many had encountered Islam through marriage.  As a man set his eyes upon a modest girl, he became interested in her faith, started to learn about it, and later decided to become a Muslim.

But to his surprise, people told him “You can’t become a Muslim just because you want to marry her”. And he asked, “Why not?”.

They said, “you have to be a Muslim because of Allah”.

Now he’s left with utter confusion.  Was he not intended by Allah to become a Muslim?

“And among His signs is this: that He created for you mates from among yourselves so that you may dwell in peace and tranquility with them, and He has put love and mercy between your (hearts): Verily in that are signs for those who reflect” (Quran 30:21).

Allah acknowledges the need for mankind to nurture happy families.  Thus, marriage is instituted as a sacred way of binding the love of two people, a man and a woman.  According to the above Quranic verses, marriage is to enable two souls to dwell in peace and tranquility.

So how could it be wrong to enter Islam through marriage?

If Allah recognizes one’s need for a spouse, why would it be wrong for him to enter Islam through the gate of marriage?

Allah has many ingenious ways of bringing the heart of a person to Islam.  One may enter Islam after listening to the Quran although he or she has no idea what the verse was talking about. Another may simply enter Islam after waking up from a beautiful dream about Islam.

Yet another may enter Islam because he or she falls for a fellow Muslim brother or sister.  So why not? Everyday, Allah blesses us with hidayah. Hidayah is a God-given guidance to guard humans against their natural tendency to follow their own whims and to go astray. But when we actually make an effort to act on the hidayah, that’s tawfiq – the special acceptance and blessing of Allah (SWT) with which He enables us to achieve our goals and to be successful in what we do.

” … I want nothing but to set things right as far as I can. My tawfeeq comes from none but Allah. In Him alone I have placed my trust and to Him alone I turn in humbleness.” [Quran 11:88].

So if someone enters Islam after he or she set eyes on another Muslim, that’s only because Allah wants to guide him or her to Islam, using another Muslim.  What’s important is that they learn to grow their faith and taqwa to Allah throughout their marriage.  Everyone is on their own journey to increase their iman. If marriage is one of the methods to do so, do it under the mercy of Allah.  May their marriage be blessed with sakinah (tranquility), mawaddah (love) and rahmah (mercy).

Know anyone who became Muslim by marriage?  Share with us!

“So my decision to go backpacking turned out to be a spiritual journey.”

They became Muslims after 9/11 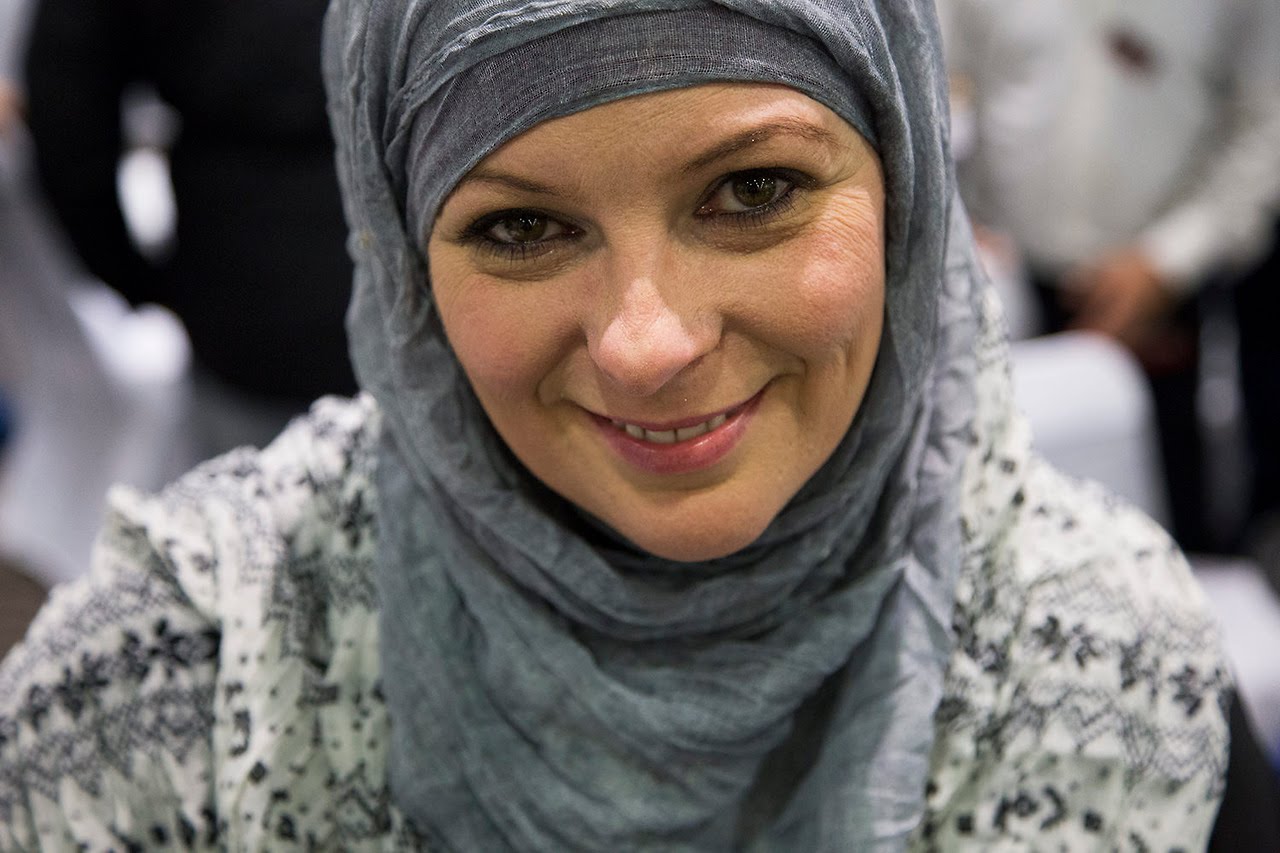 Today marks 18 years after the tragedy of 9/11 shook the world.  A tragedy no one would want to be reminded of, a tragedy that lead the world to point fingers to the Muslim community all over the world, and especially to those in America who had to bear the heat waves of hatred, accusation and harassment incurred by those who misunderstood Islam.

Who would’ve thought that anyone would ever want to make peace with Islam after that, especially these figures who have worked with people and met the ‘terrorists’ themselves.

is a British journalist who was  chairman of the National Council of the now-defunct Respect Party.  She was once abducted by the Taliban – the misrepresentative group of so-called Muslim fighters who represented nothing much that Islam taught it’s followers.

She took shahadah after 9/11 and was voted the “most recognisable woman in the Islamic world” by Islam Online in 2008.

is an English broadcaster, journalist and activist.  She took shahadah in 2010, a few years after her visit to Palestine.

She became patron for several charity organizations, and actively advocating for peace and rights to practise Islam until today.

Do you know anyone who became Muslim after 9/11?  Share with us!