Yeay! You’re finally going to the Masjid (mosque) for the first time. There are things you need to know about how visitors are expected to conduct themselves upon entering and while being in the mosque:

1. You have to take off your shoes

Please note that you have to take off your shoes before entering the mosque. There have been  many cases where new Muslims, or interested non-Muslims, accidentally entered the mosque without taking off their shoes. This is especially true of visitors from non-Asian countries where taking off shoes and leaving them outside the door is not part of their culture.

2. There are separate areas for men and women

Don’t go to the wrong entrance! There are separate areas for men and women in the mosque. Muslims pray shoulder to shoulder in line but within the same gender group, not intermixed. They either have an entirely separate area between the sexes, or in the case of a very big prayer hall, a shared but divided space to prevent free mixing of males and females. Please beware of which area you’re going to.

This is interesting too! Read also about  These London Muslims Organised a Green Iftar

3. Attire inside the mosque

If you’re a non-Muslim, or a newly reverted Muslim, please note that you must dress properly while in the mosque. The mosque is a holy place for Muslims to perform their sacred rituals. Females must cover their heads and wear full length, all body-covering, and non-body hugging attire. Likewise, guys ought to dress decently. 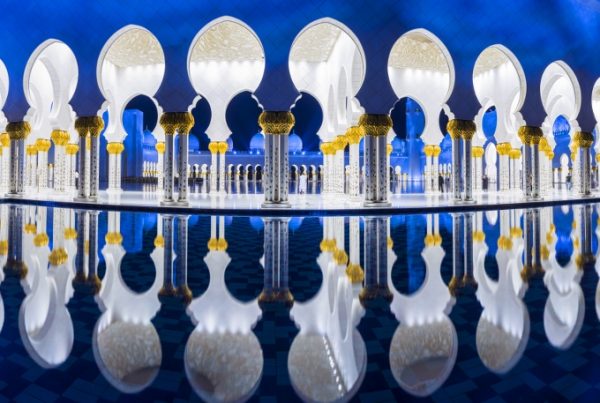