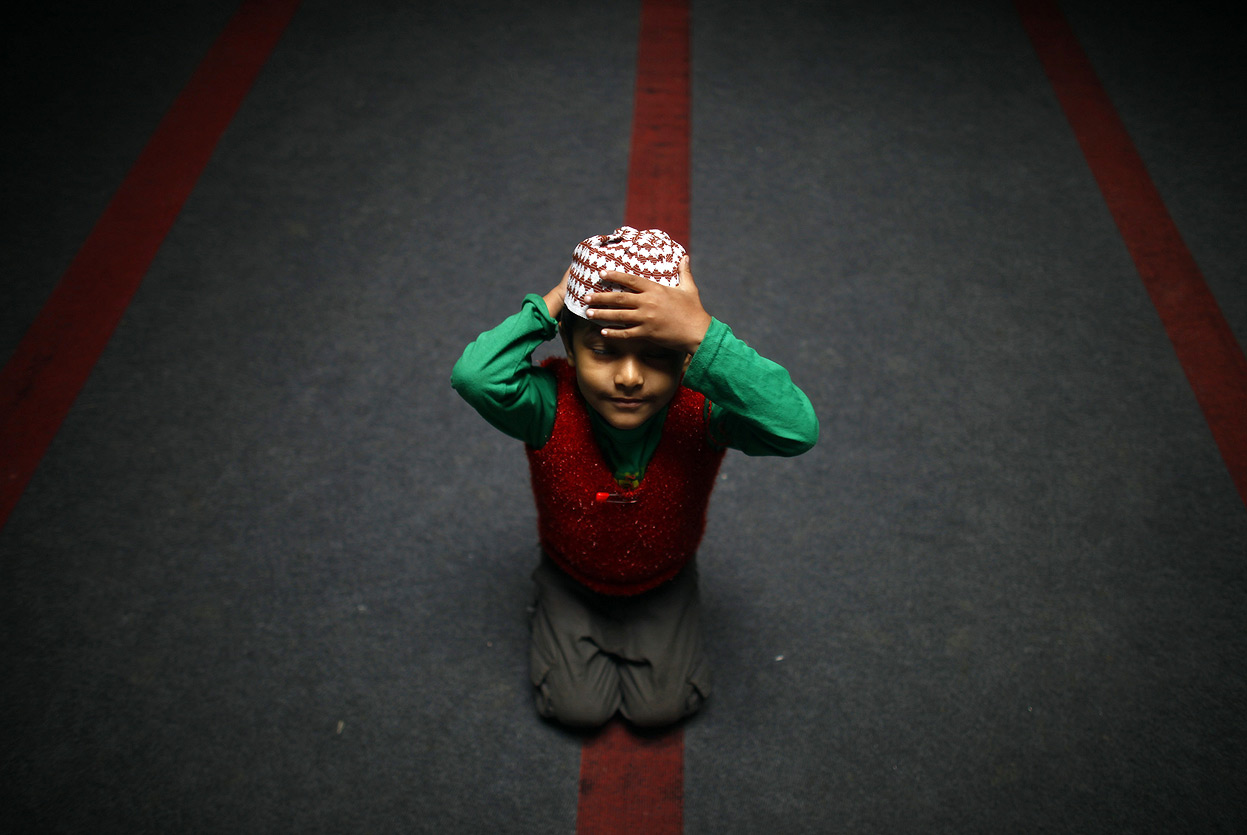 Those Kids Go Rough During Taraweeh – Shouldn’t Bring Them Along!

I was dying from laughter after reading this story told by my friend on the social media.

My friend was sitting at the back after Taraweeh when his sight captured a cute, little boy running around in the praying hall. The boy came across one of our dark-skinned Muslim brother praying his Witir.

He stopped and looked at him for a while. What happened afterwards made my friend cracked up.

The boy, while staring at the guy, crossed his hands and shouted,

We hope that our brother’s focus was not distracted.

People have been debating for so long about whether kids should be allowed in the mosque.

One of the arguments thrown by people who are for disallowing kids to come to the mosque is the kids would be a distraction for the people performing their prayer. 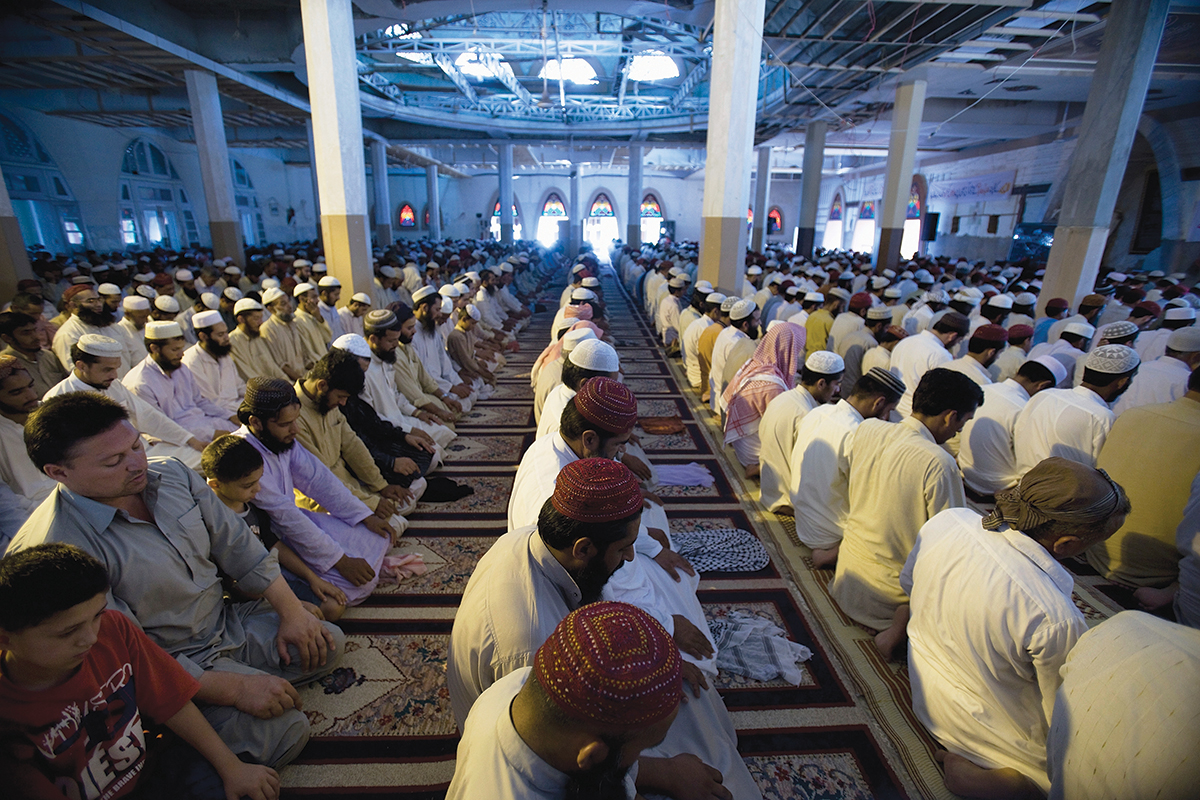 Kids by nature are so high in energy and possessing a lot of curiosity to explore the world around them.

This is interesting too! Read also about  Fasting while Traveling

In addition to these, kids also get the opportunity to meet other little mates like them when they come to the mosque, and all of a sudden, they are excellent in socializing!

(Boy, they are so close to each other. Imagine if this happens during congregational prayer in the mosque. Video credit goes to its owner.)

In this situation, some parents did acknowledge that kids are difficult to handle once the kids meet others. At the same time, the parents also have to pray, and sometimes they even have to take the turn with each other to keep their eyes on the kids.

As they are running around, shouting to each other while playing, and saluting “Wakanda forever” to the guys they met, people who pray are losing count of how many rakaahs they have prayed.

Crafting the love of Islam in their heart 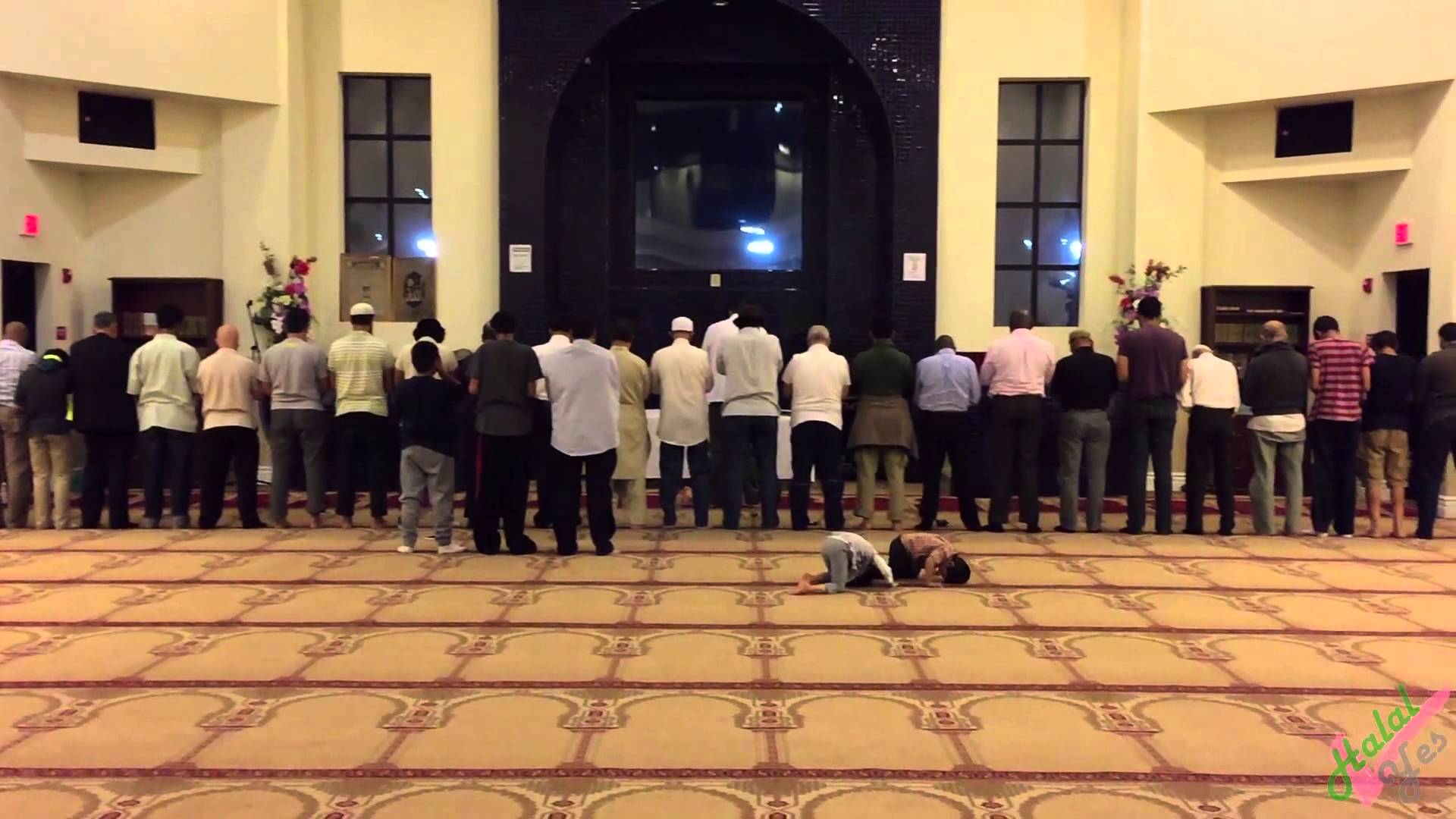 Do they not know about the changing of Qibla from Jerusalem to Kaaba? Image source

(The Jews used to mock Prophet Muhammad for praying in the direction of Jerusalem. Watch our video: Shaaban: From Facing Jerusalem to Kaaba here.)

So why did those kids came in the first place, and do they have to?

Everyone wants to enjoy the comforting environment in the mosque or the nearest Islamic Center during Ramadan. Being there, we could feel the strength and closeness of a Muslim community having the Iftar and worshipping Allah together.

Some even seize this opportunity to make it as a family activity during the month, instead of the usual walk in the park or playing in the backyard.

Having it this way, they could meet their needs to be motivated by the surrounding, where everyone makes most of their time with ibadah and prayers.

They could not just leave their kids elsewhere, could they?

She is looking for an opportunity to run and play, how sneaky! Image source

The second reason is for the kids to grow up close in an Islamic atmosphere. Mosque or Islamic Center is indeed one of the obvious choices for that purpose.

By bringing them away from mosque from their young age when they are developing their personality and interests, what reason would make them come again when they are adults?

And we are complaining about the mosque being filled with elders while the youths are nowhere to be seen. 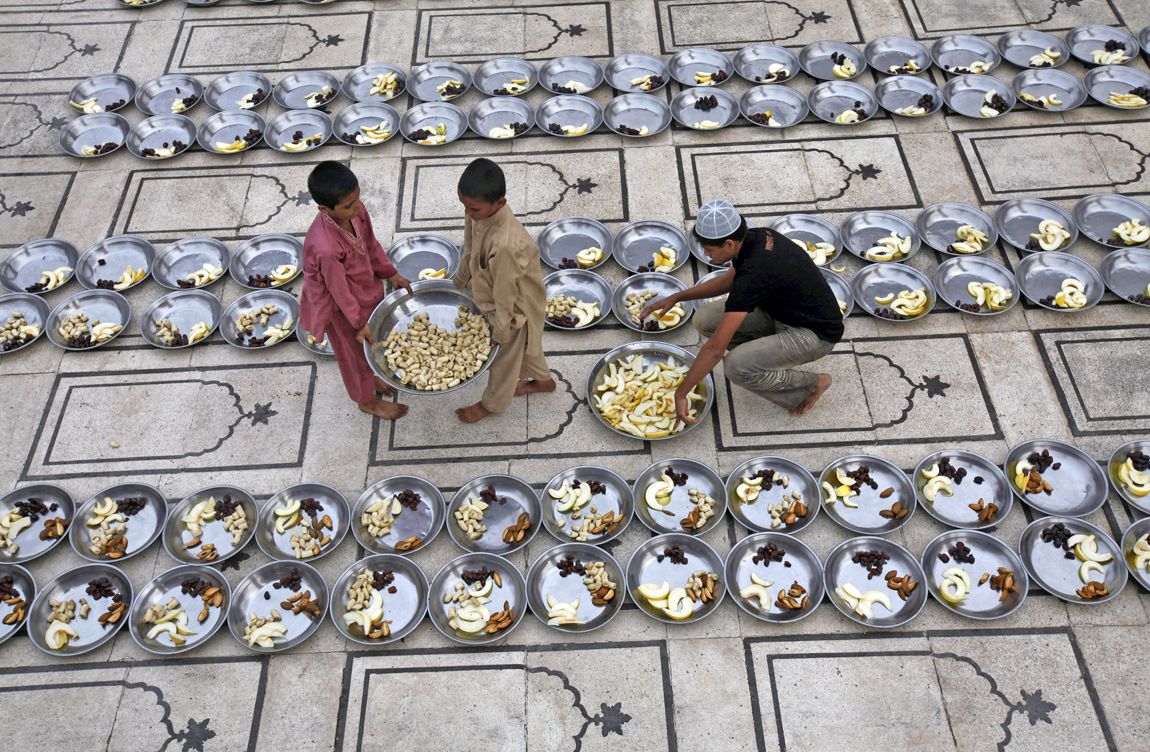 Kids could be of great help too! Image source

Putting all these together

Is it a dilemma? Not certainly. There are some ways out, but require effort and cooperation from everyone to make it a reality.

This is interesting too! Read also about  A Muslim Revert’s Diary Ep 13: Tommaso Khâlid Valisi

Mosque, in the first place, may prepare a designated space for kids where staffs are hired to take care of them, engage them and carry out activities for them to play and learn.

A section for kids in Ahmet Hamdi Akseki Mosque, Ankara, Turkey. How amazing is that? Image source

These staffs would take the responsibility to ensure the kids are not disturbing those who are praying. If the kids’ voice is the main concern, that space may not be too close to the praying hall, but still within the mosque’s compound.

Taking turn between the parents is a great idea too!

Some mosques have an enclosed praying hall with a wide space outside it. Kids could come to the mosque and enjoy themselves in the wide space. The closed wall or glass door would reduce the noise from coming in.

The kids should be educated to pray along too. During a long Taraweeh, it is okay to have them pray only the first two rakaahs and get away afterwards.

There could also be a friendly, soft-speaking officer there who watch them and ensure they are behaving in the praying hall. 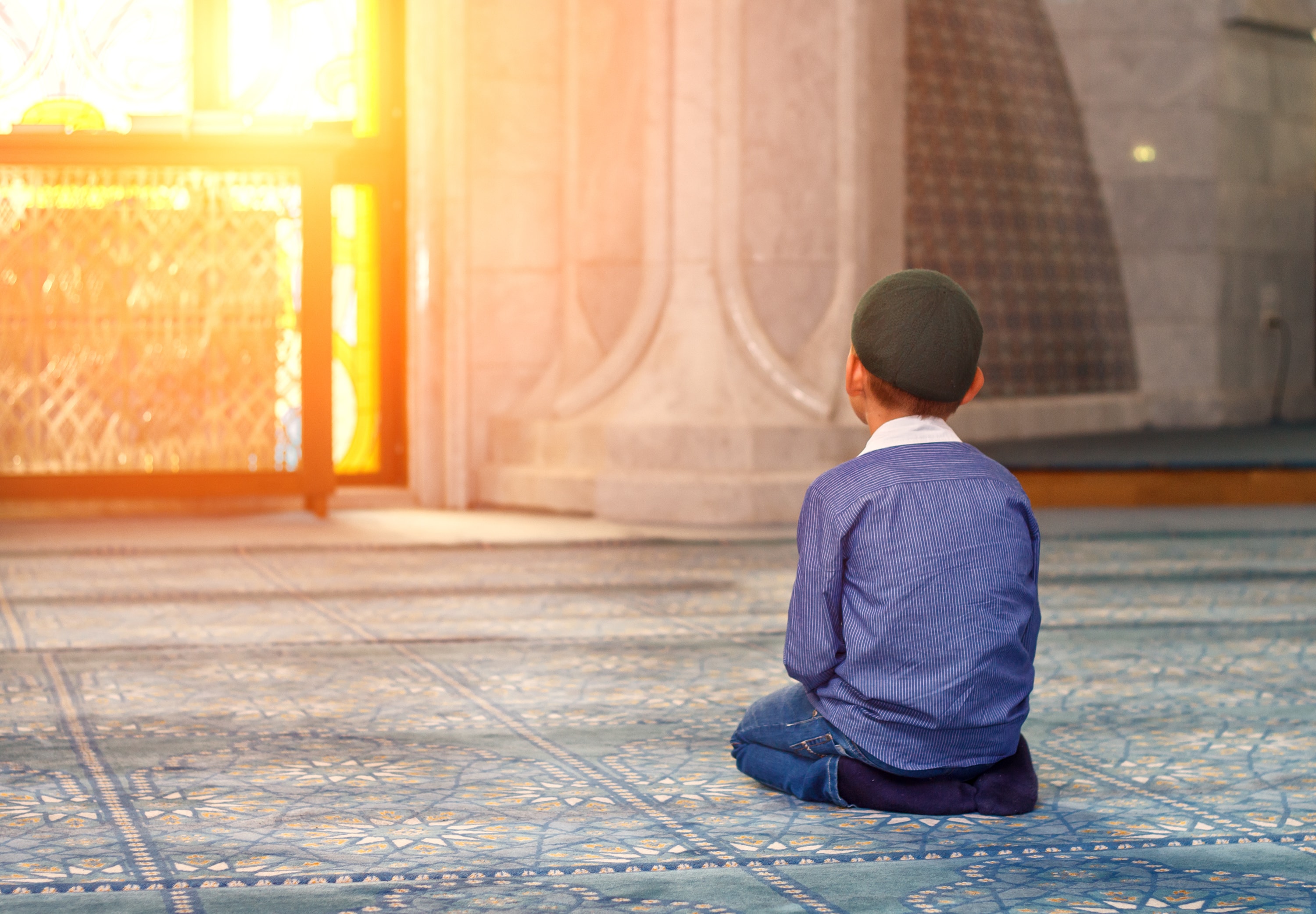 What a soothing view of this little angel. Kids are active by nature. However, their faith and behaviour have to be nurtured. Image source

Sometimes, we think that the noise and presence of the kids are the problems.

Yet when we ask ourselves, we may realize that without those, the mosque would be quiet and be without them in the future. 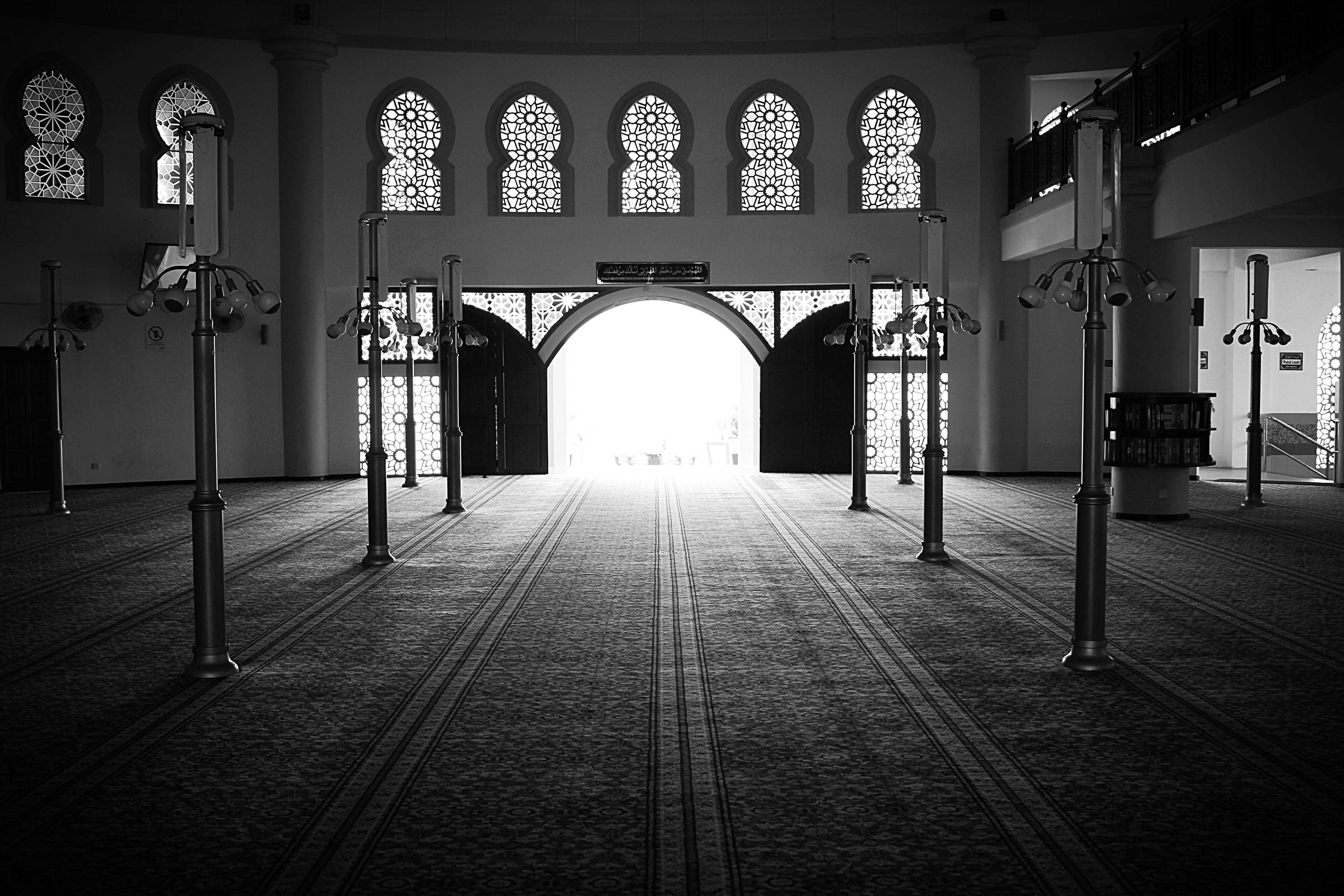 Isn’t it sad if someday, they have no interest to come to the mosque anymore, despite the wide-opened door? Image source