The world is in a chaos now.  When COV1D first hits Wuhan people in China, the world mocked them for their abnormal taste for exotic foods.  And then racial slurs start to make their way : those people who look like Chinese (or maybe they are Chinese but not from China or Wuhan) are being targeted.

The e-hailing service refused to serve them, some were teasing them and making small-eyes-signs and some were even beaten.

Subsequently, the outbreaks spread pretty much all over the world.

Now people are panicking, there is news in Australia about how the people have been restocking, until toilet papers  run out of supply, such that their medical experts have got to come out with a video explaining why it is unnecessary to stock your household with tons of toilet papers in order to avoid Corona Virus.

NO ONE PERFORMING TAWAF

As for the Muslims, when they saw the empty Mataf area at Ka’aba, they freaked out.  They feel like this is the end of it. Many scholars then explain that this isn’t the first time that the Mataf area had to be cleared.  The Mataf was closed previously for about 40 times for different reasons. This time it was for cleaning.

Nevertheless, there’s a silver lining to the Muslims  freaking concern when they see the empty Mataf picture. It’s a call for them to make sure the masjid near them isn’t empty.  But wait. With the COV1D outbreaks, is it still safe to perform salah in jamaah?

This is interesting too! Read also about  “I realized that Islam includes all human beings”

SALAH IN JAMAAH DURING THIS MAJOR OUTBREAK

Scholars have issued their rulings on this matter.  Should someone be not in good health and in fear of carrying the COV1D virus, he or she should not attend the jamaah prayer, including the Friday Jamaah Prayer (Jumu’ah Prayer).

Narrated Saud: The Prophet (ﷺ) said, “If you hear of an outbreak of a plague in a land, do not enter it; but if the plague breaks out in a place while you are in it, do not leave that place.” Reference:  Sahih al-Bukhari 5728

CAN WE USE THE FACE MASK DURING PRAYER?

Most scholars are of the opinion that during the Fard Prayer (5 times prayer) and Tawaf, every Muslim, man or woman, should not cover his/her face.  Although there are opinions suggesting that women who wore niqab (face covers) are permitted to do so during Fard Prayer and Tawaf, it is not a popular opinion.

This is based on this hadith:

This is interesting too! Read also about  Helping out during COVID-19

“The Messenger of Allah (peace be upon him) forbade a man to cover his mouth during the prayer.” Sahih. Hadith No: 966, Narrated/Authority of Abu Hurairah

Thus, it is rather makrooh (مكروه) or disliked for us to cover our face during salah.

In the matter of COV1D outbreaks, the scholars are prone to permit the act of covering our face during salah (and tawaf).  This is becuase Islam puts ones’ safety first.  To avoid the spread of Corona Virus, it is permissible to use surgical face mask during a jamaah prayer.

Every Muslim community, could learn from the Masjidil Haram as to how to ensure that its masjid is cleaner than it usually is.  Other than that, the community should also consider sterilizing their masjid as it is a public area.

It is also a good start for us to always make sure that our masjid is clean all the time.  The sad truth is, our masjid is not as clean as it could be.  Especially the toilet, the wudu (ablution) area and the women’s area.

This is because these are areas that  were normally neglected not just by the people who run the masjid, but also the people who would always come and fill the masjid – the community.  It’s about time we change this habitual neglect and make sure that our masjid is squeaky clean!  After all, we’ve all been taught that cleanliness is half of faith.

This is interesting too! Read also about  Answering New Muslims: Episode 02: Conversion to Islam - Tattoos & shahada

The Messenger of Allah (ﷺ) said: Cleanliness is half of faith and al-Hamdu Liliah (Praise be to Allah) fills the scale, and Subhan Allah (Glory be to Allah) and al-Hamdu Liliah (Praise be to Allah) fill up what is between the heavens and the earth, and prayer is a light, and charity is proof (of one’s faith) and endurance is a brightness and the Holy Qur’an is a proof on your behalf or against you. All men go out early in the morning and sell themselves, thereby setting themselves free or destroying themselves.

So, let’s face this trial time with iman.  Avoid engaging with news that is not trustworthy.  Listen to medical experts’ advice on dealing with this outbreak.  Panicking would not solve anything. May Allah save us all. 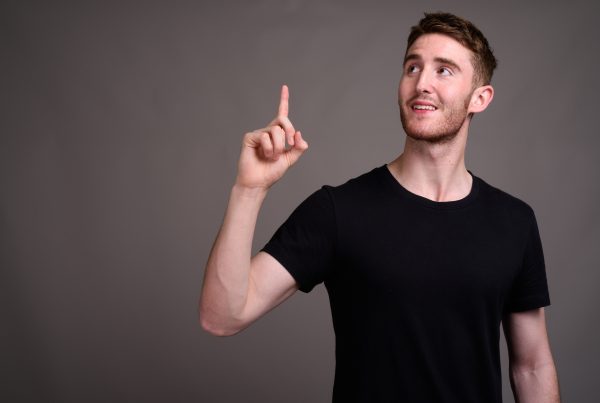