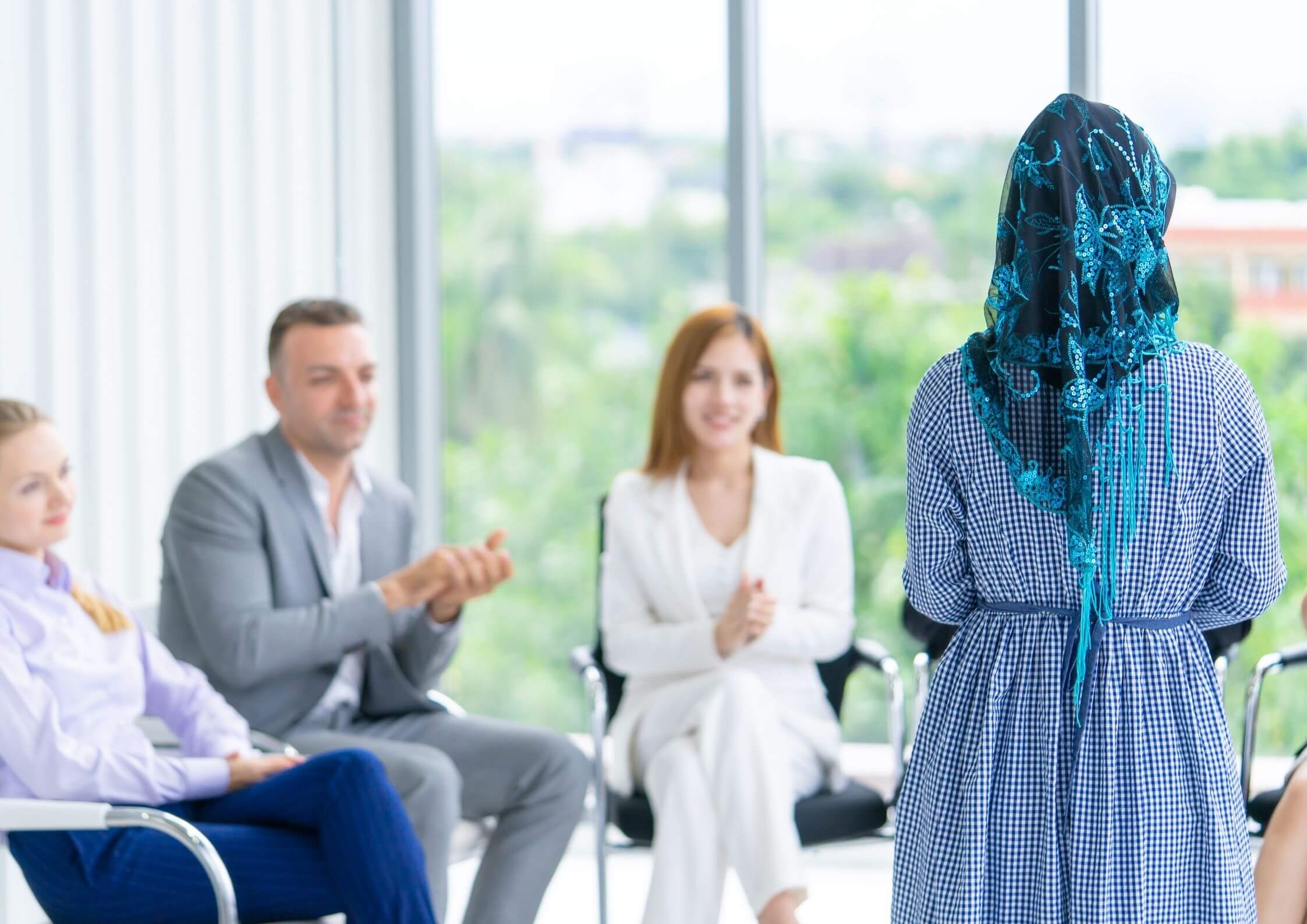 It may seem so farfetched or even absurd, especially with all the provocation and legislation being computed in the West, but during the time before Prophet Muhammad, women and baby girls were considered a burden.

In fact, the news of a baby girl would bring grief and suffering for the pregnant woman, as mentioned in the Quran surah an-Nahl verses 57-59. In the end, they either hide away, or the baby would be buried alive, as recorded in Surah at-Takwir verses 8-9:

“When the female (infant), buried alive, is questioned – For what crime she was killed?”

Although it may seem uncommon in this modern era, there are still several cultures in the world which see the female gender as the lower form, a nuisance and a burden.

And this can be seen throughout the world, not just in unknown regions. It can even be seen in the West, even with all the feminism movements shouting for equal rights.

Islam talks about equality, without gender bias. Men and women alike are given the promise of Paradise, they both will be judged for their deeds and actions, and are answerable to their sins.

A woman’s right to practice the religion

A Muslim, upon reaching the age of maturity, is obligated to perform the duties of a Muslim. This is regardless of status, wealth, age and gender.

In the eyes of Allah, no person is greater than the other, except in their virtues and good deed, as mentioned in the hadith reported by Abu Huraira: The Messenger of Allah, peace and blessings be upon him, said,

“Verily, Allah does not look at your appearance or wealth, but rather He looks at your hearts and actions.” (Ṣaḥīḥ Muslim 2564)

Men and women each have their own role in society. Many see it as gender divide, but everyone has a purpose. The most important purpose of all is to be the khalifas, to do good and to avoid and stop evil through our own means and abilities.

By working together, Muslims help to protect and build one another and the society at large into a harmonious and civilised group.

In the Quran, Allah promises both men and women Paradise for their good deeds, as mentioned in surah al-Imran verse 195, surah at-Tawbah verse 71 and surah al-Ahzab verse 35.

A women’s rights for protection and dignity

“It is narrated on the authority of ‘Abdullah that a woman was found killed in one of the battles fought by the Messenger of Allah (may peace be upon him). He disapproved of the killing of women and children.” (Sahih Muslim, Book 19, Number 4319)

Men are being put as the protector, to protect those around them who are weaker, including women, children and old folks. The responsibility put on men is higher due to their physical abilities.

But Allah does not put all the burden of responsibility on just the men. Women are also commanded to lower their gaze and to cover their private parts and adornment.

Thus, even though men have the strength and are able to protect women, women themselves are given the ability and credibility to protect themselves, setting a higher boundary and dignity for themselves, in the eyes of Allah and in their society.

A woman’s rights to inheritance, wealth and property

According to sharia, a woman is entitled to inheritance when a member of the immediate family passes away. The calculation system is called the fara’id, and there is a certain percentage of inheritance that is distributed to the women in the family.

If looking at the amount, it would seem like the women get way less compared to the men. However, a woman’s wealth is upon her to decide what to do with it, whereas a man’s wealth has to be spent on the family, including caring for the women and children left behind, after the demise of that relative.

During the time of Jahiliyyah, the pagan Arabs used to treat women as property, to be sold as slaves and sex workers. Islam came to elevate the status of women, giving them rights to earn money, own properties and enter into legal contracts.

The wife of Prophet Muhammad (pbuh), Khadijah (r.a) was a successful business woman. Many have the misconception that women are not permitted to work.

This is interesting too! Read also about  Smile, it’s a charity!

On the contrary, women are not required to work, as the men are supposed to provide for the women and household. However, women may decide to work, as some career paths would require a female nature and expertise.

They may also decide to work to help their husbands with the household expenses, but their earnings are entirely theirs and the husband cannot force it out of them except with the wife’s permission. This is actually considered as charity on the wife’s part.

There are many highlighted points to a woman’s rights in a marriage.

First, the woman has the right to choose the man that she wants to marry. This means that even if it is an arranged marriage, the woman still has the right to get to know the man (ta’aruf) and later decide if a life with him is something she can do.

A woman also has the right for a mahr (dowry) when coming into a marriage, as mentioned in surah an-Nisa’ verse 4. This is a gift from the husband to the wife, which becomes her property and she gets to decide what to do with it.

In some cultures, the amount can be in either material or monetary form, including livestock or praying garments.

Once married, a woman is regarded as equal in bringing up the family.

“And for women are rights over men similar to those of men over women.” (Quran Al-Baqarah : 226).

A pious woman is considered as a muhsana, a fortress against Satan, as a good wife is

“They (your wives) are your garment and you are a garment for them.” (Quran al-Baqarah :187)

Among the message as part of the Last Sermon by Prophet Muhammad (pbuh),

Allah commands that women are treated well in a marriage. Men are to provide shelter, food, clothing and other necessities for the woman to lead a comfortable life, as she helps him to take care of their new family, and carry his children.

Upon marriage, a woman does not have to carry her husband’s family name, as the woman is still respected as an individual who has a family, a background and an upbringing.

Islam does not need to talk about women having the same rights as men. Islam sees women as spiritual and intellectual equal to men, that they should receive the same equal treatment, except when there is a significant difference due to biology, physiology or psychology.

In some instances, the status of women in Islam are even elevated and put in a higher regard as in the hadith of Prophet Muhammad (pbuh), mentioning the mother to be treated with priority three time more compared to the father.

This does not mean that the father should be treated unkindly, as a child’s duty is to serve and be kind to both parents,

“And We have enjoined upon man [care] for his parents. His mother carried him, [increasing her] in weakness upon weakness, and his weaning is in two years. Be grateful to Me and to your parents; to Me is the [final] destination.” (Luqman : 14)

There are many examples of women being mentioned in the Quran and hadith, about their courage and piety in standing up to the truth of Allah and how they are praised even to the Heavens.

There were women who participated in the battlefield during the time of Prophet Muhammad (pbuh), women who were merchants and did business, women who owned land and properties, women were given the right to choose their husbands, and had the rights to education.

The first university in the world was opened by a woman, and in the modern era, Muslim women have held high positions in governments, even holding the position of Prime Minister.

There are many Muslim women who are in various professions, including science, medicine, engineering, education as well as leaders in their communities.

In fact, Islam regards women as a queen, to love, cherish, respect and pampered, as best put in the hadith reported by Abu Hurairah (May Allah be pleased with him) reported:

“Messenger of Allah (ﷺ) said, “The believers who show the most perfect Faith are those who have the best behaviour, and the best of you are those who are the best to their wives”.” (At-Tirmidhi) 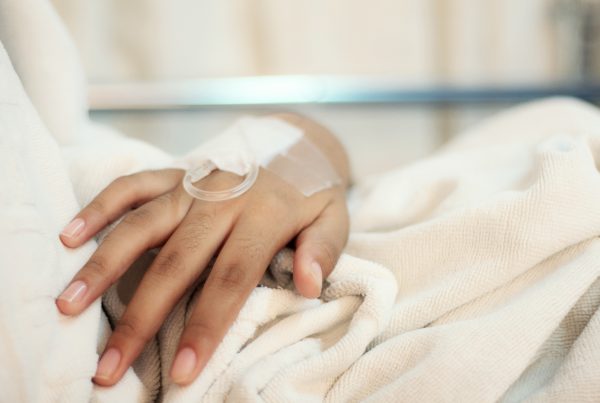