During the Regional Youth Convention 2018 (RYC2018) in Bangkok, Thailand, one of the activities that we had to carry out was to perform street dawah in the area near the hotel. 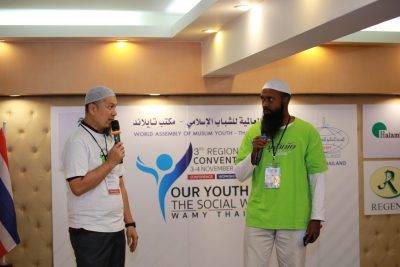 The slot began after lunch with Brother Muhammad and Brother Ali introducing themselves and briefing us about the activity.  Then they divided us into five groups of brothers and five groups of sisters.

Group 1 was assigned to The Mall, Group 2 and 4 to The Major Hollywood, whilst Group 3 and 5 to Huamark Town Center.

Brother Ali led our group to the location as not everyone in the group is local and most were unaware of the location.  He later briefed us on what we should and should not do.

Our team of 5 sisters consisted of 3 Thai people, myself from Malaysia and another sister named Nhada from the Philippines.  The majority of the Thai people could not speak in English, thus we decided to separate the tasks in our team into 2 groups. The foreigners in the group were tasked with recording the activity because we couldn’t speak in Thai and the locals were tasked with approaching the passersby with the assigned question.

This is interesting too! Read also about  Answering New Muslims: Ramadan special - What is Fasting?

The first thing we had to do was to ask to the passersby “Who Is Muhammad”.  When we first approached 2 ladies, they refused to be interviewed thus we proceeded with the next lady – a cleaner.  To our surprise, she was born a Muslim but she no longer practises Islam. 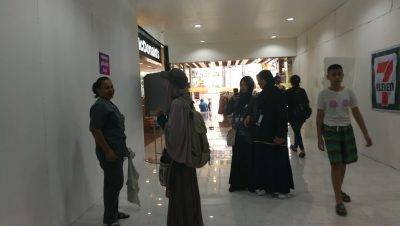 One Of The Correspondent

Sister Afnan, the girl who did the interviewed got teary-eyed as she listened to the explanation given by the interviewee.  Sister Afnan instantly felt blessed to receive protection and hidayah from Allah – that she is still a practising Muslim.  We later proceeded to interview another local who is one of the vendors in the mall.

She explained she never heard of Muhammad (the question we were assigned to ask) and Sister Afnan took the opportunity to explain about our beloved prophet during that brief period.  At the same time, two members of our group interviewed a brother who is a Muslim.

He explained that Prophet Muhammad was the husband of Khadijah, that he was known as Al-Ameen and was a prophet.

The sisters later shared that initially they approached different people and got rejected before they managed to interview one brother who was willing to participate by sharing his answers.

This is interesting too! Read also about  “I knew nothing, and had no guidance but God’s” 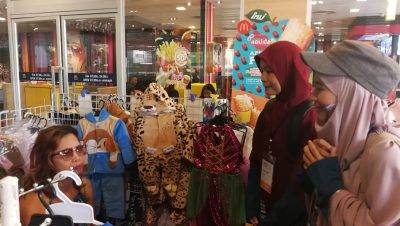 Through this activity, we learn to appreciate the blessing of guidance by Allah, to be able to practise Islam accordingly and to be free from being tested with situations that strayed us away from practising Islam.  We also appreciate the opportunity to perform street dawah in Bangkok; some scholars believe dawah should be done like how the Prophet and Sahabah used to do; from door to door. Thus street dawah reflects this practice somehow.

May Allah guide us all in His path, always.

“O Turner of the hearts, make my heart firm upon Your Religion.”

-End of our journal in Bangkok-