Our journey to Bangkok for the Regional Youth Convention 2018 (RYC2018) was made mainly for the launching of our new Digital Dawah product – The GOODTIDINGS.  As a non-profit organization, we truly understand it is important for us to make every moment count as the opportunity to learn about Muslims in another country does not come easily for us.

Being Muslims in Malaysia, we are blessed with so many opportunities to increase our understanding of Islam. There are official Islamic study programs in the education system, unofficial study opportunities (like TV programs with Islamic contents) and so much more.

In Malaysia, Muslims make up 61.3% of the total population with the Malays being the majority Muslims whilst other races were either born into Islam or reverted to Islam; like the Chinese-Muslims, Indian-Muslims and a few other races. 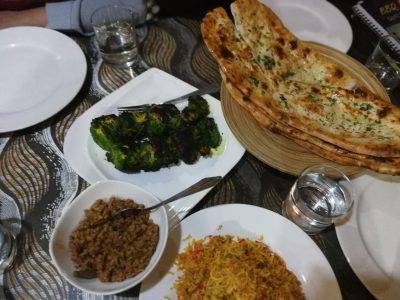 I’m an Indian-Muslim myself (Tamil-Muslim to be exact) and we are among the minorities (ethnics) in Malaysia but our religion is the majority in Malaysia.  Before making our way to Bangkok, I googled for ‘Muslims NGOs in Thailand’ and the results suggested a few NGOs with Bangkok Tamil Muslim Association being listed as one of them.

This is interesting too! Read also about  Answering New Muslims: Ramadan is special - What is so special about Ramadan?

Tamil Muslims are mostly born as Muslim-Indian from the Tamil ethnicity.  The spoken language is Tamil.  Most of the Tamil people originated from Tamil Nadu, mainly Chennai — my grandfather himself came from Paramakudi and later resided in Georgetown Penang, Malaysia.

I contacted every listed NGOs that I could, including the Bangkok Tamil Muslim Association, which responded to my message.  The association gave me their Secretary’s phone number, Mr Shameel, and I immediately texted him, introduced myself and my organization and finally set an appointment with him.

As we landed in Bangkok, WAMY Thailand took us to the designated hotel, Regent Ramkhamhaeng 22. We got some rest first, took a stroll near the hotel area and then took the Grab transport service from the hotel to Bangkok Mosque , where the Bangkok Tamil Muslim Association is located. 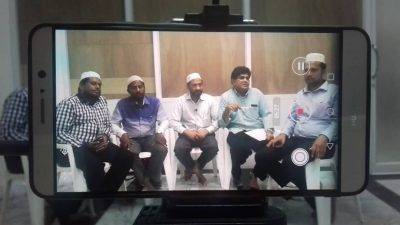 Funding to build the masjid were obtained from donations made by the locals and foreigners. The masjid is now run by the Bangkok Tamil Muslim Association.  It is a building consisting of 4 storeys and the facilities include a (mini) library, lavatories, an office and a prayer room for Muslim ladies.

When we arrived, there was a tafseer class in Tamil taking place.  The khutbah was delivered in Arabic but most classes were conducted in either Tamil or English.  I managed to interview 5 Tamil brothers and 5 Tamil sisters — the video is as attached in this entry.

They expressed their gratefulness in living in Thailand and being able to practise Islam freely, even though they live in a Buddhist majority country. Islam makes up 4.29% of the total population in Thailand

In my previous entry, I’ve shared about the generosity and support that Muslims received from Thailand’s government by providing numerous prayer facilities for the Muslims.

The brothers and sisters of the Tamil Muslim Association welcomed us by serving bonda and ginger tea. Later we joined them for Maghrib prayer in jama’ah and interviewed them.  The brothers gave us some insight into their history in Thailand (Bangkok to be exact).  Most of them are traders (gemstone business) and they initially didn’t reside in Bangkok with their family members.  They plan to return to their homeland in Southern India for the purpose of putting their children in school because the education system in Thailand is not in English.

Only a few of them are able to speak Thai, while most of them are fluent in English.  The sisters stressed that their main concern is the education system as they understand the importance of learning science, mathematics and other subjects but due to these subjects not made available in English, they feel as though their kids are being left behind.

This is interesting too! Read also about  What does the Quran say about the elderly?

The Tamil Muslim sisters are rather shy, thus I’m not able to share footages of them in the video.  As soon as we finished with the interview, two of the sisters took us out for dinner at the nearby Pakistani Restaurant.  They later invited us to visit their family at their homes and this was truly a special memory to me — I honestly felt like I was visiting my long-lost relatives.

They are quite surprised that I don’t speak Tamil – we usually use English and Bahasa Melayu at home in Malaysia.  The night didn’t end there for the sister and her brother generously offered to send us back to our hotel.  They were such hospitable hosts and we could not thank them enough for their hospitality. It is my sincerest hope that they would be able to solve the education issues for their children.

Our final part (part 03) – street dawah experience in Bangkok in the next entry.