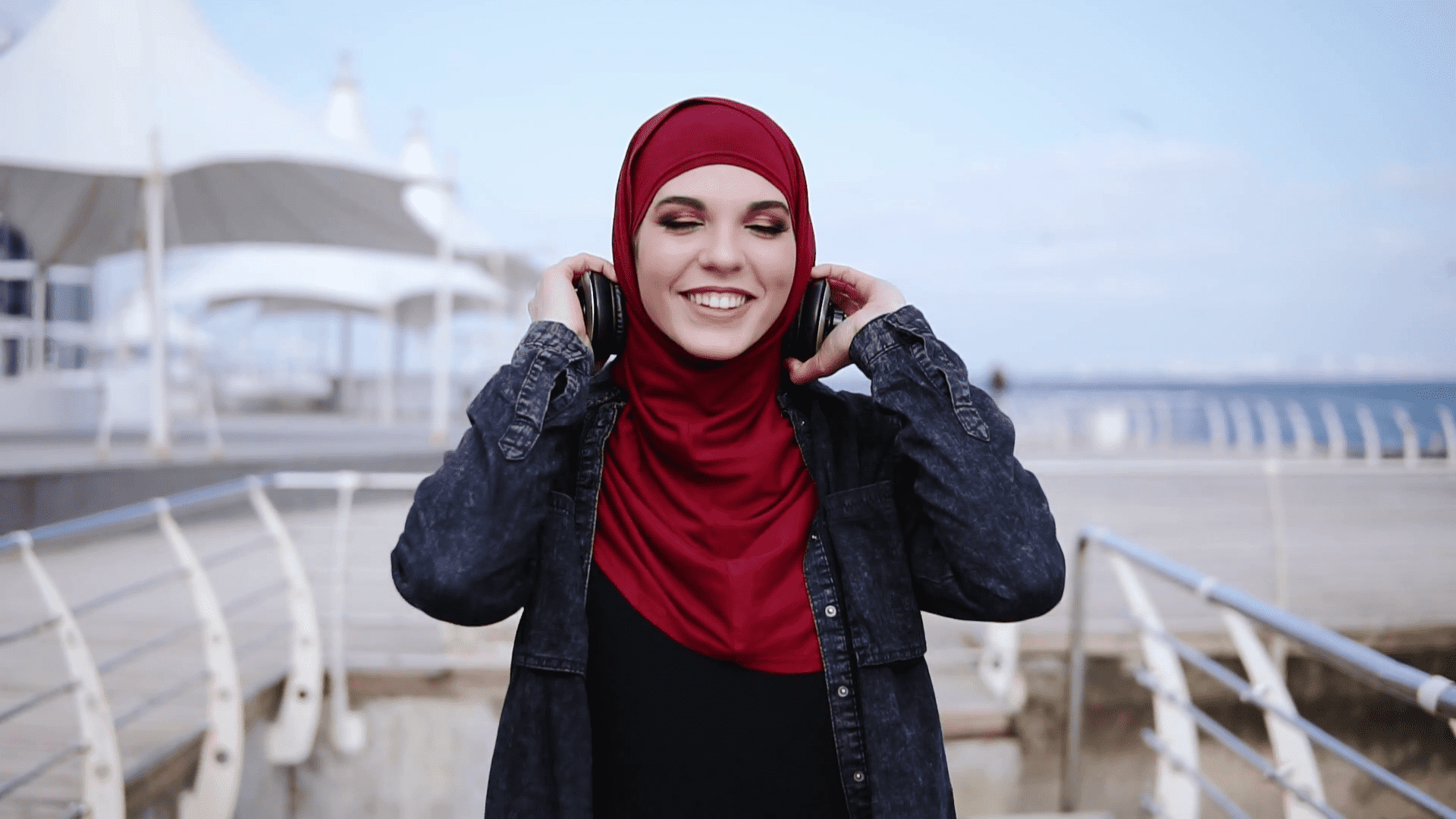 I just finished completing my daily checklist’s 10-pages of Quran recitation when I logged into Twitter. To my surprise, guess what is trending? It’s #FaceYourselfOutNow! 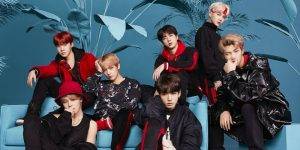 So these are the idols of the youngsters nowadays. Photo of BTS’s Face Yourself. Image source

Just within one day after the release, BTS managed to top the iTunes Album Chart in 45 different countries and debuted as the first place in the Worldwide iTunes Album. Among these countries are the non-Asian countries such as Argentina, Brazil, Denmark, Germany, Mexico, and Russia.

The Muslim majority countries are also on fire: Brunei, Indonesia, Malaysia, Turkey, and even the United Arab Emirates.

What a spectacular achievement in the history of K-pop: to be able to win the heart of so many people, as what a Muslim preacher (daie) should be.

Did you know that this Muslim preacher, Mufti Ismail Menk is famous on Twitter that even Sir Amitabh Bachchan replied to his tweet! Link to original tweet here.

Understanding the youngsters: why K-pop?

This K-pop phenomenon, or could also be referred to as the ‘Hallyu wave’ may not be at the peak we are looking at today if the reformation of South Korea’s democratic government did not happen in 1987.

With the modernization of censorship and liberalization of South Korea’s media, the existing genres of slow ballad and trot had to compete with the other varieties coming in. 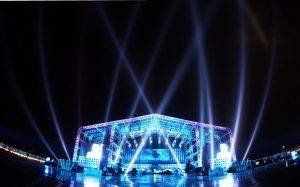 The concert stage for K-pop. To attend a concert this prestigious, one ticket will cost you an arm and a leg. Image source

People came out with varying opinions on the question ‘Why K-pop’ can reap its success. Among the most popular elements highlighted could be summarised as follows:

[These are based on multiple articles by Maur-Anne’s Master’s thesis (1774 respondents, 82 countries), Aja Romano of Vox, Jon Matsumoto’s article for the Grammys, Martin Roll on business and brand leadership, and the economic analysis by Messerlin and Shin. We also took a quick peek at a number of articles written by numerous K-pop fans.] 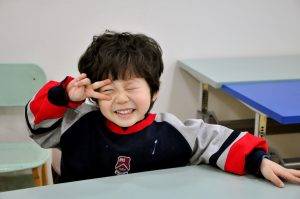 I am so much cuter that you would no longer need K-pop! Image source

While this article is not originally intended to discuss K-pop in detail, these elements are listed down to provide an insight into what has actually captured the attention of the youngsters.

Today, – as it has always been in the past and it would still be in the future – people, especially the youth, are addicted to entertainment.

A contemporary Muslim scholar, Yusuf al-Qaradawi, Ph.D., conjectured in his book ‘The Lawful and the Prohibited in Islam’ that Muslims have their right to enjoy themselves.

“Rather, it (Islam) recognizes that Allah has created human beings with needs and desires, so that, as they need to eat and drink, they also need to relax, and enjoy themselves”.

Nevertheless, some Muslims view either the participation or even interest in the entertainment industry as being strictly forbidden, immoral, a disgrace and inviting the wrath of Allah.

This is interesting too! Read also about  3 Golden Rules: How Muslims Shouldn’t Behave on the Net

Looking at the K-pop industry, such strict precept might be of no surprise.

A lot of aspects in K-pop are unavoidably crossing the line of Islamic teachings. Nobody could deny that being addicted to K-pop would involve the sinful acts of:

Oh no, my eyes hurt from looking at what Allah forbids me to look! Image source

“I will be listening to the song only, not watching the video!” you may say.

However, they would justify that you are still supporting the growth of BTS. To them, BTS consequently would be able financially to reach more young Muslims, to be specific.

How should it be

To be fair, entertainment by default is allowed in Islam. Allah created human with the fitra of loving pleasurable and delightful things.

This is interesting too! Read also about  Why are they making such a big fuss about celebrating Valentine’s Day?

It is necessary to relax the body and refresh the mind. However, utmost care must be taken not to consider the entertainment as one’s only goal in life, overlook the religious obligation and normalize the practice of immoral culture and lifestyle.

Prophet Muhammad is also an entertaining person: he raced with his wife Aisyah, he joked around with his family and his Companions.

“The Jews should know that there is room for leisure in our religion. I was sent with a tolerant, monotheistic religion,” the Prophet recorded as saying on the day when the Abyssinians played in the mosque.

It was narrated by Aisyah that she took a woman on her wedding night to a man from among the Ansar, and the Prophet said to her, “O ‘Aisyah, was there any entertainment (in the gathering)? For the Ansar love entertainment.”

What is important to point out is: our role in this world is to enslave ourselves to Allah, according to the way of life He sent down to us, in the form of Islam.

Thus, it is logically impossible and unacceptable for one to be a pious man while also doing the forbidden acts at the same time. 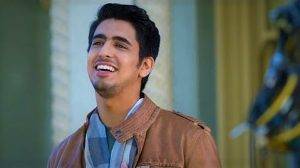 Not just K-pop, listening to the singing of a Muslim Arab singer, Humood al-Khudeer about self-confidence could also become sinful if you idolize him! Image source

Answering the question in the title

Maybe the possible answer would be: Listening may get you addicted that would affect your daily life and your obligation as a Muslim.

You may want to avoid being held responsible for contributing to other people’s sins and wrongdoings. Hence at the same time, you should slowly start to shift your interest to other better alternatives for entertainment.

To recap, entertainment by itself is allowed in Islam. However, some of it inevitably involves the misconducts that are against the Islamic teaching.

It has become a shady mixture of ‘sweet’ and ‘bitter’ that may cost you in the Akhirah.

Starting somewhere, although with a slow pace, would certainly much better than being at the same level of faith each day, isn’t it?

The source of entertainment is everywhere: it could be through enjoying the moments with your family and your close friend, hanging out with your spouse, or participating in enjoyable activities.

For the last but not least, maybe it is time to ask ourselves this: what is missing from our daily Quran recitation that we still crave for BTS afterwards. 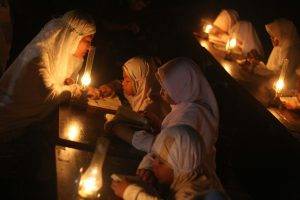 While the K-pop fans chant in their non-native language under the ambience of the concert, these kids in Indonesia struggled to recite the Quran in Arabic under the dimness of oil lamp. Image source