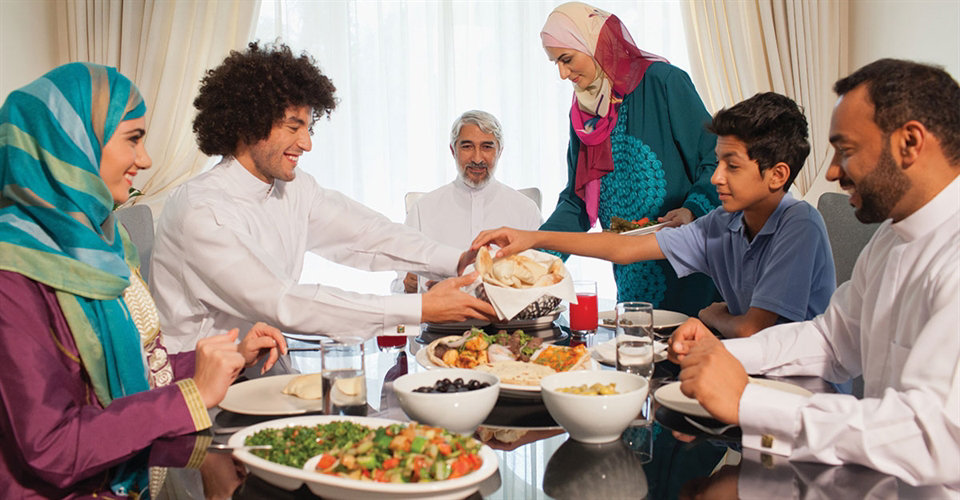 While full-day fasting sounds hard and challenging, it may not be the case for the born-Muslim kids.

As a training, Muslim parents usually encourage their kids to fast by offering rewards such as pocket money or their favourite food, be it for a full month fasting or as a per-day gift.

The kids would slowly learn about this Islamic obligation, with sincerity and responsibility to observe fasting solely for the sake of Allah. 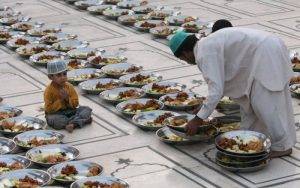 “O Allah, please make Maghrib today earlier than the previous days.” What are your unforgettable memories of struggling to fast during your childhood? Image source

For the Muslim reverts, such early exposure might be something they could only dream for. With Ramadan is just around the corner, some expectations may build up in their minds, making them anxious to know what this blessed month has in store.

While some expectations might be partially true, especially for those who are meeting Ramadan for the very first time in their life, they will be surprised to know that most of the expectations are in fact part of divine wisdom.

1. In need of food/water (and how it teaches empathy) 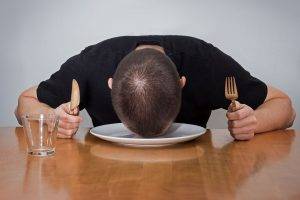 “It’s only 10 o’clock in the morning!” Image source

No, abstaining from taking food and drink throughout the day will not kill you.

Nevertheless, it would be something new for the reverts, especially for those who never practice healthy fasting before.

There would be a sudden change in your diet behaviour, since you may be used to eat several times in the day: morning breakfast, brunch, lunch, and high tea (not to mention the consistent snack times in between).

This is interesting too! Read also about  Fasting while Traveling

So, will a revert expect hunger and thirst during the day? Absolutely, and in fact, the same goes for all Muslims.

Indeed, such feeling is a wisdom behind fasting. Islam, as a social religion instead of a blind self-ascetic one, is concerned with the people who suffer from malnutrition around the globe.

Fasting is an exercise of empathy towards those people by putting yourselves in their shoes: what is it like to hardly survive the day from lack of food and clean water.

“When you are distressed, when you are in pain then you can appreciate the situation a person can be in when they need help. Ramadan helps create that sense of empathy,” a Muslim Indian, Sumanta Kumar Banerjee quoted as saying.

Following that, Islam then also obliged Muslims to pay the Zakat during Ramadan, as the manifestation of empathy. The Zakat will then be distributed to those in need.

Isn’t it beautiful to be exposed to such a noble feeling once a year, and making us become a better person for the rest of the year?

2. Decrease in work productivity (and how it teaches us about life management) 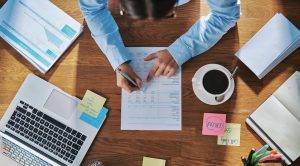 So many things to do, yet so little productive time. Image source

The morning kicks in, and you come to the office expecting the workload as usual. Minus the morning coffee and no extra source of energy, apart from the Suhoor you had before dawn.

As afternoon approaches, your productivity begins to decrease drastically. You feel nauseated and sleepy at your desk.

Even worse, your not-yet Muslim colleagues may notice you being unusual and you are worried that they would think of Islam as a tough religion.

Ramadan need not drive your work productivity away, especially by giving excuses like, “Nah, it’s okay to take the work off your mind during Ramadan. Focus instead on the recitation of the Quran and doing more prayers during the day.”

“If you step into Ramadan trying to survive and make it through, then you will hate the experience,” said Mohammed Faris, an international coach and the author of “The Productive Muslim: Where Faith Meets Productivity”.

It is at this moment that you would be forced to reorganize your daily life. You will start to ask yourselves things like:

You would have to determine your strengths and weaknesses which are related to your productivity.

All of these could in fact work as a kick start towards a more organized daily life ahead. Imagine you are transforming yourself for the better and you are in the queue for receiving the best staff of the year award!

And your colleagues may whisper out of curiosity behind your back, “I notice that he has transformed into a great person since embracing Islam. There must be something behind this religion of Islam!”

This is interesting too! Read also about  Answering New Muslims: Ramadan special - What is Fasting?

3. Loneliness (and how it makes you stronger) 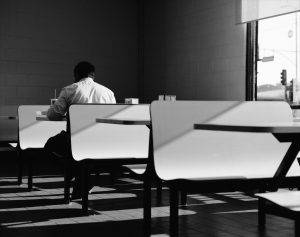 Are you really alone, or are you just assuming so? Image source

Some of the reverts are the only one embracing Islam in their family, and among their colleagues and friends.

So, stepping into Ramadan in addition to all of the challenges of adapting to the new faith, might be quite depressing.

You feel like with all these challenges you have nobody to lend their ears. You may come across articles on the net telling stories about how reverts are left alone, while the born Muslims are sitting with their friends and ignoring them.

To be fair, both of the parties have rooms for improvement.

The born Muslims should be concerned and make the reverts feel welcomed in the community. This action portrays their gratefulness for the blessing of their faith.

On the other side, the reverts must gather enough courage to come forward and ask to sit in the group. There is no harm in doing so.

In fact, the born Muslims may be the one who might be shy to invite you along because they are afraid that you would not feel comfortable.

This experience would make you stronger. And you should believe that the Muslim community is always there to be of support.

Next, you could develop your inner strength to fight the feeling of loneliness. Once you managed to break this barrier in your heart, the next would be much easier. 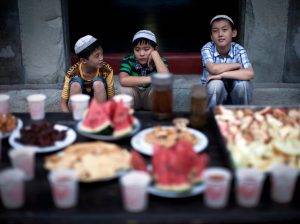 The struggle is written all over their faces. Image source

Ramadan indeed involves struggles. Not just to reach the finishing line — the end of Ramadan — but also to change your future for the better.

It is a training ground to create a better Muslim, reverts included. Be it in the spiritual, physical or even emotional sphere.

Out of all those hardships, expect a better you. Purer in faith. Stronger in patience. More concerned about the society.

And most importantly closer to Allah. That last point: you would want none other.