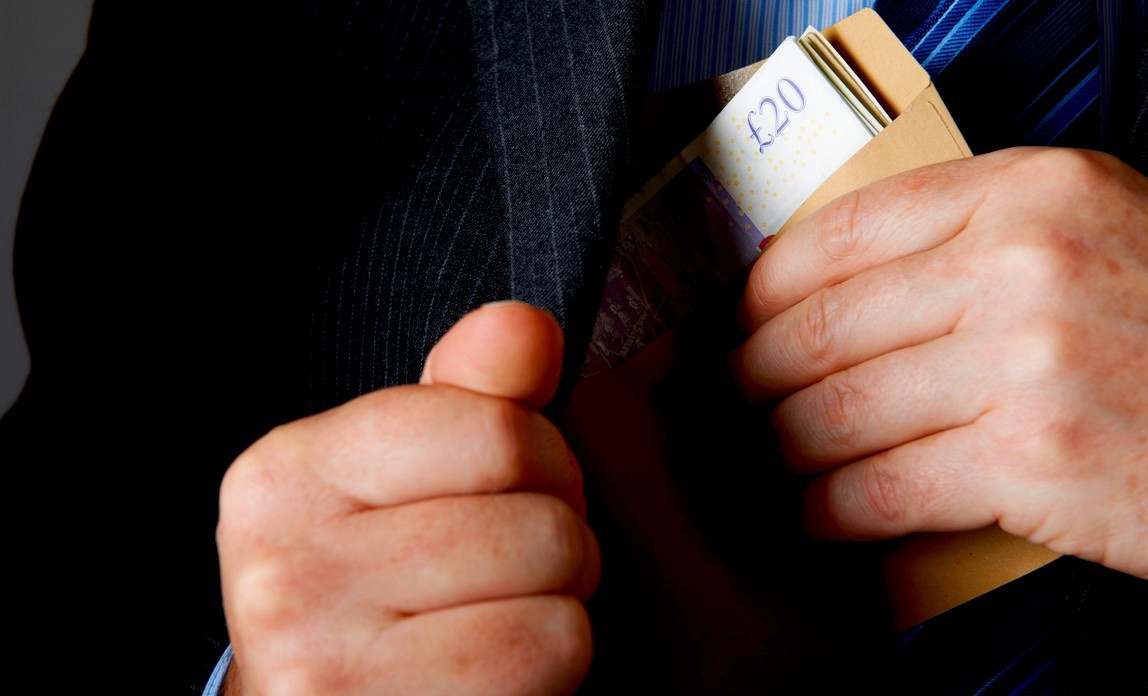 The latest Corruption Perceptions Index (CPI) by Transparency International was released in February this year and unsurprisingly, the last seven countries (perceived as the most corrupt) out of the 180 in the ranking are Muslim majority countries.

With religious values such as God-fearing and anticipating judgment in the Hereafter for our deeds in this world, and numerous anti-corruption campaigns – all of which are within the core tenets that strongly build the foundation of Islam, one might wonder why then these countries that are populated by believers of Islam do not even reach the top 10 of the list.

Instead, countries like Denmark, Finland and New Zealand are perceived as least corrupt. What is Islam’s stance on corruption?

One of the three most fundamental concepts in Islam, namely Ihsaan, was recorded in the conversation between the angel Gabriel and Prophet Muhammad (peace be upon him) himself. Muslims that hold on to Ihsaan — in which you worship Allah as though you see Him, if you do not see Him (which you do not) then indeed He sees you — should try their best to avoid from doing any sin.

In conjunction with that, corruption and bribery are prohibited and considered sinful in Islam.

“And do not consume one another’s wealth unjustly or send it (in bribery) to the rulers in order that (they might aid) you (to) consume a portion of the wealth of the people in sin, while you know (it is unlawful).” (al-Quran 2:188)

“The Messenger of Allah PBUH cursed the one who bribes and the one who takes a bribe for a judgement.” (Jami’ Tirmidhi: Hadith 1336, Hadith Hasan)

In the Hereafter, all of man’s actions would be judged and rewarded justly. That Day is the day when Allah’s blessing is the greatest gift for the believers, and His wrath, which is beyond vengeful than anyone could imagine, is something that everyone would aim to avoid.

This is interesting too! Read also about  Death and Regrets

Thus shouldn’t the idea of standing before Him bearing the sins of corruption make a believer tremble in fear?

Is religion defined by its people or vice versa?

Hold your horses, before we march further.  Religion should not be defined by its believers since we are unable to determine whether a believer is practising or not.

In today’s age, a lot of people only regard religion as a spiritual culture they inherited and the bandwagon to jump onto to blend in with the crowd. ‘When in Rome, do as the Romans do,’ or so they say.

Thus, Islam is not to be blamed for having the countries of predominantly Muslims score low in the transparency index. It is the people and their flawed interpretation of the religion that needs to be examined.

The questions that should pop up in our mind with regards to this precept are “Are the Muslim countries ruled in accordance with the Islamic teachings?”, “Do the people understand Islam correctly and practise it accordingly?” and “What are the values and discipline practised by the other countries that resulted in them being at the top of the list.”

Of course, we have to put aside the idealist mind that whispers, “This is just a worldly list of ranks and the attempt of the non-believers to scoff at Islam” and “Nothing but the Hereafter matters.”

Well, let’s cut to the chase. Here are eight reasons why some Muslims are not sensitive to corruption nor affected by it. 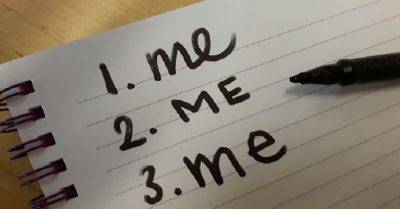 Islam teaches that “The believers are but a single brotherhood” (al-Quran 49:10), but some Muslims nowadays are sticking to the concept of “They’re none of my business.”

Since a majority of the Muslim countries are group under the third world countries, people are more occupied with trying to survive their difficult life which then leads to the preoccupation of being in competition amongst themselves. Other issues such as a Muslim doing a sinful act and committing bribery is just a fuss for them and a matter that they could not bother to concern themselves with. 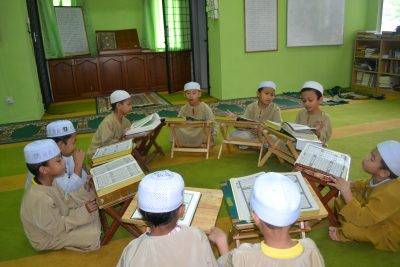 Believe it or not, there are actually some Muslims who are not aware that bribery and corruption are acts of wrongdoings in the eye of Allah.

Perhaps for some, the lesson about this grievous sin is given less attention in their educational institution and the local sermons in the mosque. When it is emphasized, it could be the people themselves are not paying enough attention. Thus, this is the task that the preachers (daie) need to fulfil so that these group of Muslims no longer live in ignorance.

3) Lack of exposure to the ins and outs of corruption 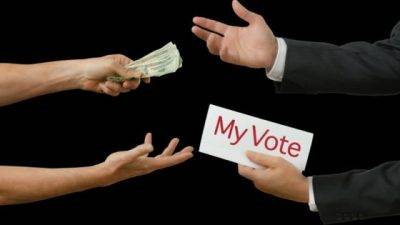 The world is changing so fast and with it, the technicalities and tricks in corruption are also ever evolving. The techniques of corruption today are more subtle and elusive than ever, particularly amongst the white-collars, with the practice going beyond the conventional tactic of offering money when no one is looking.

Framing tender-bidding rules to favour a particular company, enforcing — and threatening —  other parties to not be involved in the bidding, buying voters or jobs, false documentation or allegation, are just a few of the new techniques involved in today’s modern day corruption.

For some Muslims who don’t care or aren’t critical enough, it would seem as though nothing is wrong on the surface.

4) Secularisation of the world from the hereafter

While it is a truth in Islam that every act and deeds we carry out will be judged and accounted for in the Hereafter, less emphasis is given when it comes to the wrongdoings in worldly affairs compared to religious crimes. Whereas, Islam as a comprehensive religion considers both affairs as grievous sins in the presence of Allah.

While some other acts are considered as major sins in Islam, it does not make it permissible for other sins to be committed or that these perceived “minor sins” should be given leeways. There are even some who “turn a blind eye” and trivialize the corruption committed by a Muslim just because he is a Muslim. Instead, they spare their wrath and fiery allegations towards the competent and trustworthy non-Muslim.

This is interesting too! Read also about  I Am Suffering Too Much, Is Allah Abandoning Me?

They have misunderstood Islam, and worse, misportrayed it to other people.

5) It’s culturally appropriate among their circle

Being in the circle of people committing corruption has caused it to become culturally acceptable. The embarrassment from doing such a sin has long gone, for the Satan has beautified corruption with the glorious and triumphant worldly rewards.

This desensitisation and the feeling as though it is okay to commit such a sin if everyone is doing it is the reason why Islam put so much attention in choosing our circle of friends so that we would not be accustomed to their sinning and later unknowingly, would start to follow their destructive ways. As Prophet Muhammad once said,

“The example of a good companion (who sits with you) in comparison with a bad one, is like that of the musk seller and the blacksmith’s bellows (or furnace); from the first you would either buy musk or enjoy its good smell while the bellows would either burn your clothes or your house, or you get a bad nasty smell thereof.” (Sahih Bukhari: Hadith 2101) 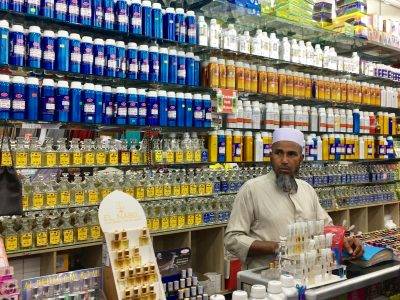 6) Afraid of being threatened by influential corruptors

Some people have been in the business of corruption for so long that they have now become influential, Muslims included. Exposing these people of their corruption is undoubtedly not an easy task. They have powers and command authority everywhere, and you could lose your job and put the future of your family at risk of trying to practice your honest values or expose them of their corrupt ways.

This indeed is a delicate matter for it is not that the faith in Allah is not firm or that one could not trust in Allah to protect one’s family from being threatened or harmed by the corruptors.  One would wholly trust Allah and put in an effort at the same time and in putting in the effort, unity and togetherness must be established with other people who fight the same cause.

For evil cannot be repelled without a collective group effort and good can never prevail if good people choose to be silent and not unite in a strong force to go against the evil.